And we know that for those who love God all things work together for good, for those who are called according to his purpose. – Romans 8:28

After accepting the Lord and having been saved and Spirit filled for a little over a year, I received a word from the Lord as I was in prayer. The Lord told me that I would be married during that year and to began to prepare for it. This was during the month of January 1982. He told me that I would marry a man of God and that I would not have to work outside of my home. That I was to be a homemaker and raise my children.

My husband had been single in the Lord three years, and faithful to witnessing, leading souls into the kingdom of God. Teaching bible studies, and helping to raise believers up in the faith. He spoke to the Lord one day in his youthful immaturity and presented the Lord with an ultimatum. He was getting a little frustrated and second-guessing his call to the ministry. He said to the Lord “if you have called me to the ministry then ordain me, or I will stop teaching and preaching.”

His heart was right, and he said it in the right spirit; he did not charge God! The only thing that was a little extraordinary was that he told the Lord that it had to be done by the next weekend. Which would have been the weekend of March 27 & 28 of 1982.

We were attending different churches at that time. Both of us were invited to attend a special ordination service of friends of ours, even though we did not know one another at that time. The service was to be held on March 28, 1982. The Lord spoke to me and told me that I would meet my husband that day! My husband canceled being on program at a church that had invited him to share, in order to attend this special service.

He had worked and ministered with the Pastor of this church where the special services were, and their Elders. During the ordination of their Elders, the Pastor stopped as he felt the Lord leading him. He turned to my husband and asked, “Are you ready to do what God has called you to do?” my husband was stunned because this is what he had asked the Lord to do, that weekend! He was ordained that day and the Lord confirmed his calling on March 28, 1982.

Unsuspecting to me while in attendance at this service that this would eventually be my husband. I needed a ride home from the service that day. A mutual friend of ours asked Carl to give me a ride home. His first response was to tell that friend that he did not want to be distracted from what was happening in his life that day. Carl felt like this was an attempt to distract him with the attention of a woman by the devil at the time the Lord had ordained him. The young man did not tell me what was said, he just waited a few minutes before approaching my husband for a second time. He said I was stranded and really needed a ride. Carl yielded and said that he would take me and drop me off where I needed to go. Later that same young man told me that he felt lead of the Lord to do what he did. He could have found me another way home, but he felt the Lord put Carl on his heart. I was so in love with the Lord that I wanted to be in church as often as possible, rather than go home. I wanted to go to another church service.

Carl And TheresaAfter arriving at the other church before getting out of the car, we talked for a few minutes in the parking lot. We were blocking traffic so we had to rush, then we exchanged phone numbers. After a few days he called and we went for a walk while talking. He said a strange urge came over him to ask me to marry him; he resisted and fought the urge. He couldn’t get away from asking me to marry him almost everyday; eventually he went to my mother after just a few weeks of knowing me and asked to marry me. On July 31, 1982 we were married. We just celebrated 26 years of marriage on July 31, 2008.

Carl and I would like you to know that we compliment one another so well in life. we could not see this in each other, but because the Lord put us together we are meeting one another needs. Let the Lord help you select your partner for life, he knows what you need and whom he has for you! All you need to do is “ Trust in the Lord with all your heart, and lean not to your own understanding, and in all thy ways acknowledge and he shall direct thy path.”

WELCOME TO
CARL BROWN MINISTRIES.
If you have questions about any of our services or would like to book an event, please contact us! Evangelist Carl Brown travels extensively preaching and teaching the Message of The Cross to churches by invitation. 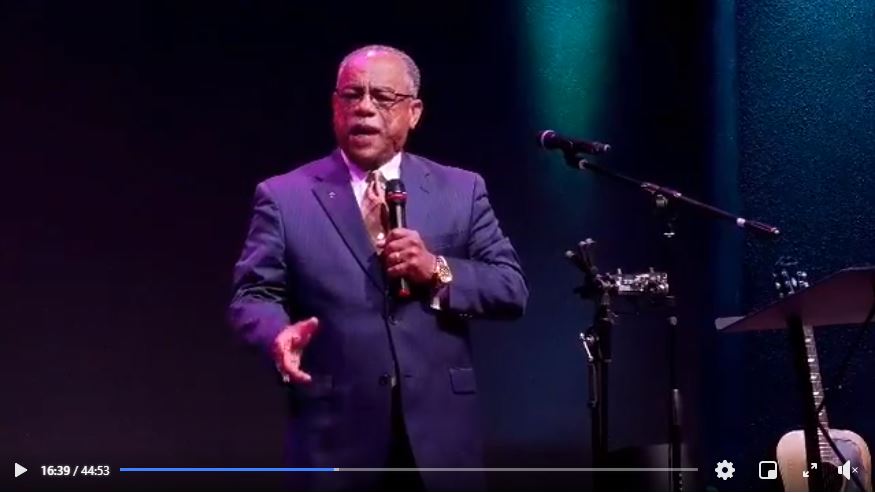 View Evangelist Carl Brown’s Blog and read articles about what’s happening in the world today as it relates to your spiritual life.